I was unable get the old avatars reimported. Regretfully, you will have to upload your avatar again. Please report any issues here,.

What did you work on today?

Dood! I said fuk changing tires years ago. I go to the local shop (Jared's South Mtn Cycle) . It's worth the 20 a tire to avoid the day you've experienced.
And yeah, D606's also have super still side wall. Large zip ties and ride it out

Hopefully grab a little spool from tsc in the morning to continue welding this tray in to my trailer.

Dimpled the panel for strength and because speed holes are cool lol.

Got the winch set up on the trailer. I wanted it to either be quickly removable or in a box for weather resistance since that seems to be what kill these things. Well I checked off both things.

Old dewalt box sacrificed for the cause. Had a seal around the lid so should keep most of the weather off of the electronics.

Buddy recommended this winch as he has it on his trailer. Wireless control makes loading cars stupid easy.

Pull the pin and unhook the battery cables has it off the trailer to be stored.

I cannot recommend straps with chain ends enough. Especially if your trailer has stake pockets.

Picked up the first car this weekend, dead Frontier.

So easy to load/unload now. No ramps to make sure are lined up just right or just getting in the way.

I do need to make up some little wedges to make this lip smoother as it is basically a 4" wall to roll over. 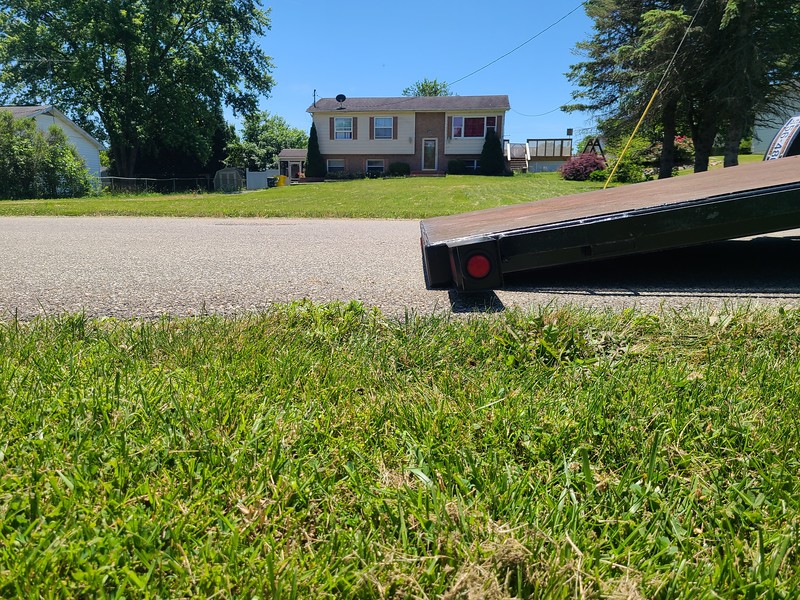 Weld on a wedge on the lip?

I have a set of dies for forming dimples. Drill the hole (1" in this case, I have 1/2" and 1.5" also), put bottom die in shop press, then sheet metal, then upper die. Press does all the work from there. 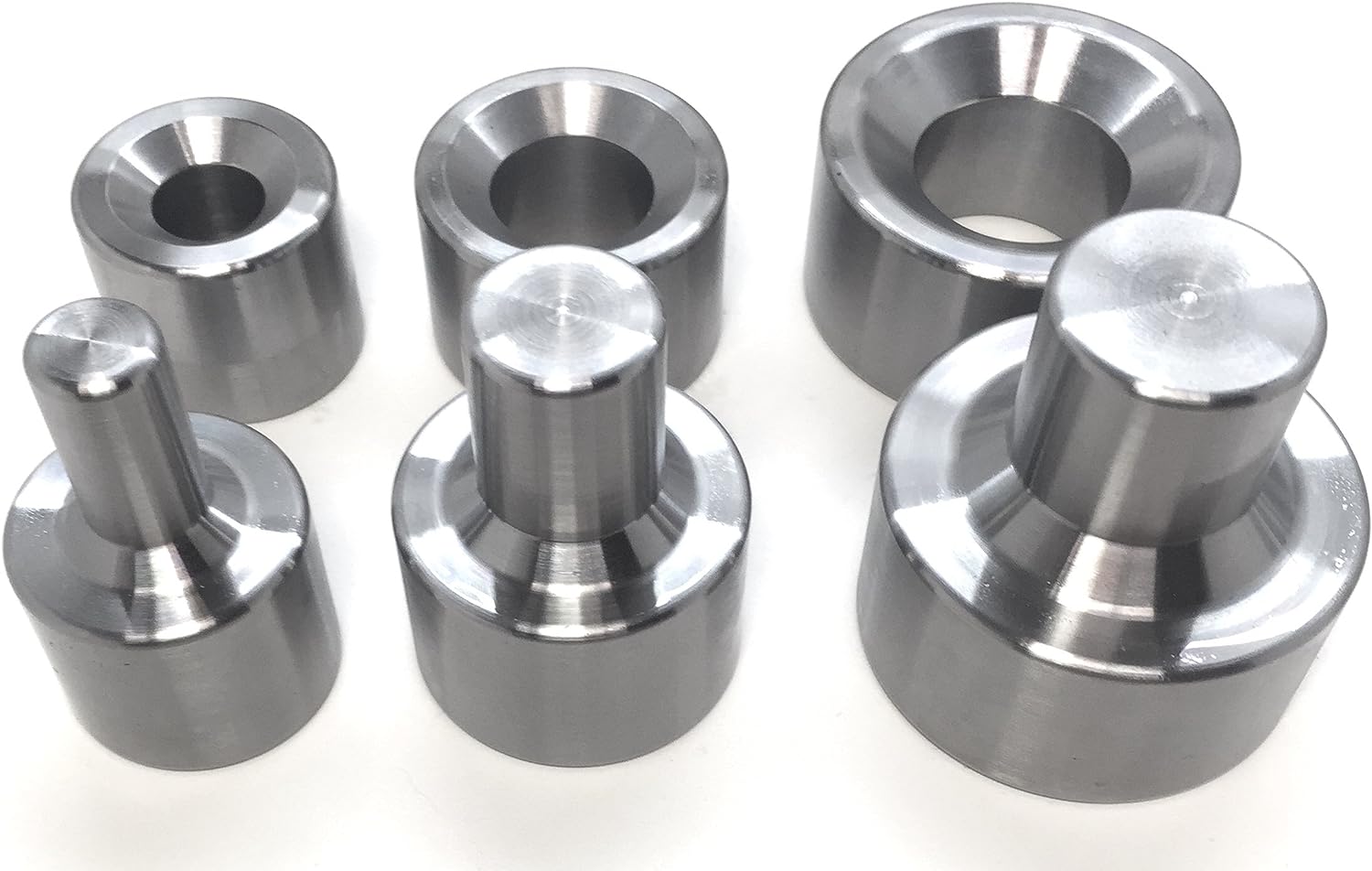 I was probably going to weld on little wedges/ramps like a lot of factory tilt trailers have. 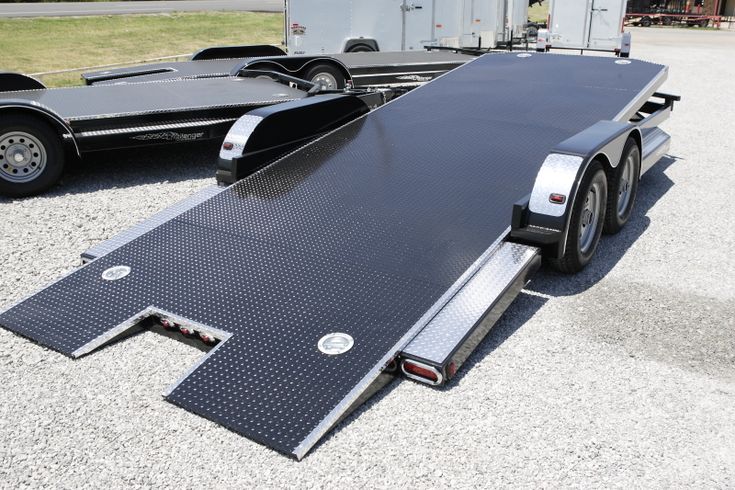 Nice dies. I'll have to look into them. I have a modified HF 20 ton press with some Swag Offroad stuff for it (finger brake, heavy duty press plates, relief knob, etc) and I'm probably going to put the air over hydraulic jack on it for faster pressing. Those dies would work very well with it.
Jed Gregory
350 XCF-W
1090 Adventure R
Top

Started tearing down the Frontier to find out what was wrong with it. The engine would only turn about 90 degrees either way, so figured it would be pretty obvious. Pulled the front timing cover off and it was still in time. Since the cover was off it allowed access to the oil pan so I ran my bore scope in there and I'm pretty sure that is a scattered connecting rod

Also been working on some lawn mowers. I have a rider and 2 self propelled unit, all were freebies. The rider my neighbor gave my dad like 15 years ago and it has not had a lick of maintenance since. Well the steering gave up the ghost last summer so just been using a self propelled (both were dumpster finds) since my yard isn't that big. Well the girlfriend managed to run over something solid and bent the F out of the blade on the one, possibly the output shaft also. Instead of fixing that I decided to fix the other that just needed a carb replaced. Which I did and it fired up great for about .005 seconds then parts went flying.

Ugh fine, I'll try and straighten out the other one. Flip it over and start pulling it over POP recoil spring breaks. FYYFF.

So back to the rider I guess. I had bought the steering repair kit last summer but it looked pretty involved so just didn't do it lol. Turns out the repair kit didn't include the one part that was actually worn out of course. Amazon had it to me the next day at least.

After pulling the deck and getting under there the drive belt looked like it was about to turn to dust with big chunks missing out of it. TSC had it in stock surprisingly so only a short delay there. Fun fact, you have to unbolt the entire engine and scoot it back to get the belt on the stupid drive pulley. 3 bolts were loose and the 4 was snapped off. Probably explains why this thing was so loud/vibratey.

Grabbed oil and filter also because again, I don't think it had ever been changed since the neighbor gifted it over to my old man. It surprisingly didn't look too terrible.

This is the steering bushing that wore out. You could make left turns but when you tried to turn right the shaft would flex away and the pinion would just skip teeth. The center hole of this is only supposed to be about 5/8". 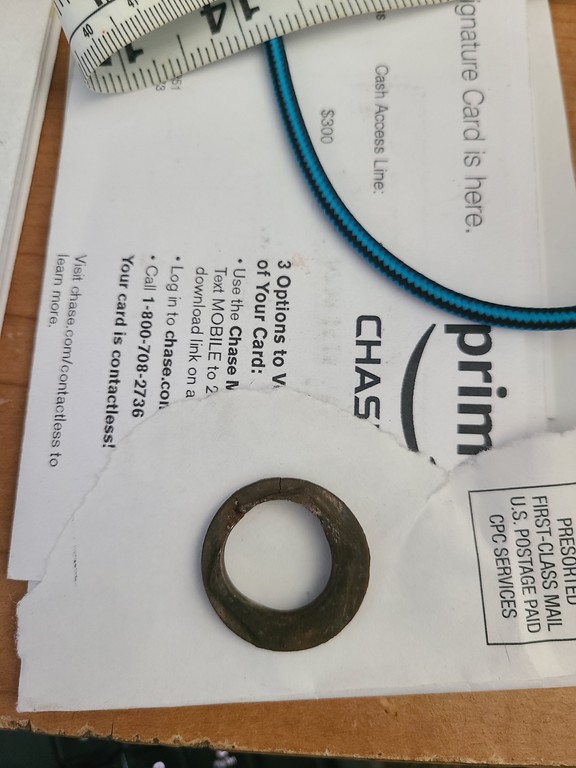 Got it all back together and got the lawn mowed with no issue. It is much quieter and smoother now too with engine securely bolted to the frame.
-Joe.

I poured and finished a 16x28 slab for setting up a Quickset pool during the summer and a basketball hoop for the rest of the time. I poured it thick and strong enough to eventually build a garage on if I so choose.

I was out doing some trailwork. Everyone was busy so I had my B team with me.

Return to “Fix the DAMN Thing!”